Serial entrepreneur and PR guru Sara Tye and redheadPR are the latest members of the Swindon and Wiltshire Initiative, a prominent local business leadership and campaign group.

The Initiative, by Business West, was formed out of the long-established Great Western Enterprises, and works to connect some of the biggest employers in the Swindon and Wiltshire area with various influential decision makers at both a local and national level. Since its formation, the Swindon and Wiltshire Initiative has been furthering its social and economic objectives through engagement with these bodies. Current members include Honda, Intel, BMW, Nationwide and Zurich.

Sara Tye is the founder and managing director of Redhead PR, a dynamic PR consultancy based in Swindon, as well as the CEO of luxury cycling event organisers Etape Suisse, and chair of the Swindon Triathlon Club. An expert in PR and business organisational development, and voted ‘Green PR of London’ by the Independent, Sara is a motivational speaker, coach, and serial entrepreneur who’s headed many successful commercial endeavours.

Sara started her career working in faculty development for the Royal Military College of Science. Over the course of her career, she has worked with firms like BT, Yellow Pages and amassed a multimillion-pound property portfolio, opened and run several businesses, and helped run a residential care home in Swindon and hotel in St Ives, Cornwall.

Her addition to the Swindon and Wiltshire Initiative comes after a recent employment report from leading job site Glassdoor, which identified 2017’s top 25 best UK towns and cities to work in, in which Swindon took 5th place.

Sara Tye said: “I was born in Swindon and have always been a huge advocate of the town. I’ve always campaigned on the opportunities that the town presents to individuals and businesses locally and nationally. Swindon has further potential and will become more desirable once work starts on the electrification of the Great Western Mainline in 2019, and it’ll take just 45 minutes from Swindon to Paddington.”


Ian Larrard, director of the Swindon and Wiltshire Initiative, said “We welcome Sara and her wealth of business experience to the Initiative. Sara is an asset to the business community and together, we can positively influence the way our Swindon is shaped, managed and developed.” 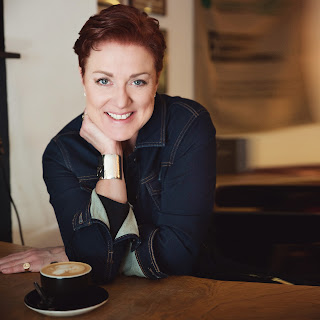 Business West, a non-profit business that employs 200 staff and has an annual turnover of £10 million, are pushing forward with plans to make Swindon and Wiltshire the best place in the UK to live and work. Since they were founded 2007, they’ve helped 21,000 businesses start up and grow, and get their voices heard in local and national government bodies. All profits are reinvested back into the organisation, and are used to further their mission.
Posted by Sara Tye and redheadPR at 09:23