Having worked in communications for over 30 years, I know the how essential it is to adapt to changing trends to stay ahead of the competition. Within the past 10 years, the biggest trend any of us has experienced is social media.

It has revolutionised the way brands communicate and how we work.

The latest social media site we’re hearing about is Periscope. We’re told it’s the greatest platform since Twitter (well Twitter did pay over $86 million for it).

Can it be the next big thing in PR?

Periscope allows anyone to broadcast live from anywhere through their smartphone. Viewers can influence the broadcaster by sending messages. They can express their love for the stream by tapping their screen to send hearts – just like favoriting on Twitter or liking on Facebook.

This will give businesses a big advantage when it comes to widening their audience and talking to customers. Here’s how we’ve seen a few brands embrace Periscope so far:


Periscope is also perfect for live streaming product launches. Food companies could use it to demonstrate recipes and the best way to use their products. It can also give customers a behind-the-scenes look into their favourite brands and see how the products they love come to life.

The possibilities are endless.

As Periscope is linked directly to Twitter, you can stream directly through your Twitter feed. This is going to be a major plus for businesses. It removes the hard work involved in building a following, which, as many companies know, is no easy task.

Even though Periscope has only been on the scene a couple of months, many of the world’s leading brands will be asking themselves how they can maximise this exciting communication tool.

Posted by Sara Tye and redheadPR at 09:48 No comments:

As the General Election 2015 is almost upon us, it is finally time to ask yourself the all important question: who are you voting for?

For me, I will put my cross next to the Conservative Party.

What has swung it for me is the Conservatives dedication to strengthening our economy. The past five years we have seen a fantastic transformation. Now Britain is one of the fastest growing economies in the world. National finances are back under control, the deficit has been halved and more people than ever are in work.

Their policies have been set out to grow the economy further as a whole, generate even more jobs and higher wages for everybody. 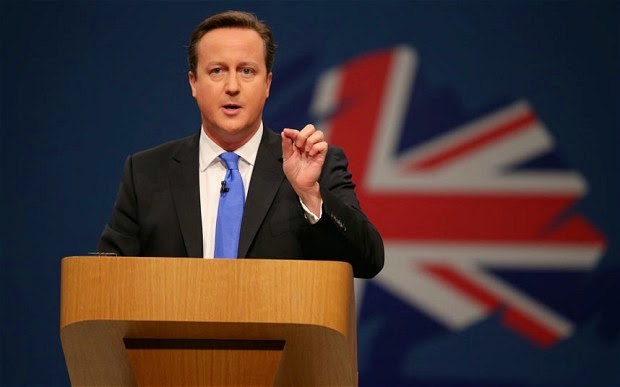 The Conservative Party’s commitment to making the UK one of the top five places in the world to do business is admirable. They have not lost sight of supporting smaller businesses like redheadPR, as they plan to back small firms with a major business rates review and give businesses the most competitive taxes of any economy.

As a mother-of-two, the emphasis that the Conservatives are placing on youth employment is incredibly reassuring. They’ve already delivered a magnificent 2.2 million new apprenticeships and will be supporting 3 million more, taken the numbers of youth unemployment to remarkable lows, and since they have been in government, 1,000 jobs have been created every single day.

A few weeks ago, I was present as the Conservative Party launched their manifesto at the site of our client, UTC Swindon. The university technical college movement in the UK is highly important to the Conservatives; it is another sign of their vision to build for the future and the education of our young people.

If like me, you remember the struggles of 2008 and the recession, you will vote the Conservative Party in for a second term, allowing them to continue the fantastic work they have started.
Posted by Sara Tye and redheadPR at 14:23 No comments:

Early this month I was delighted to find out that I had won the Wiltshire Business Person of the Month. 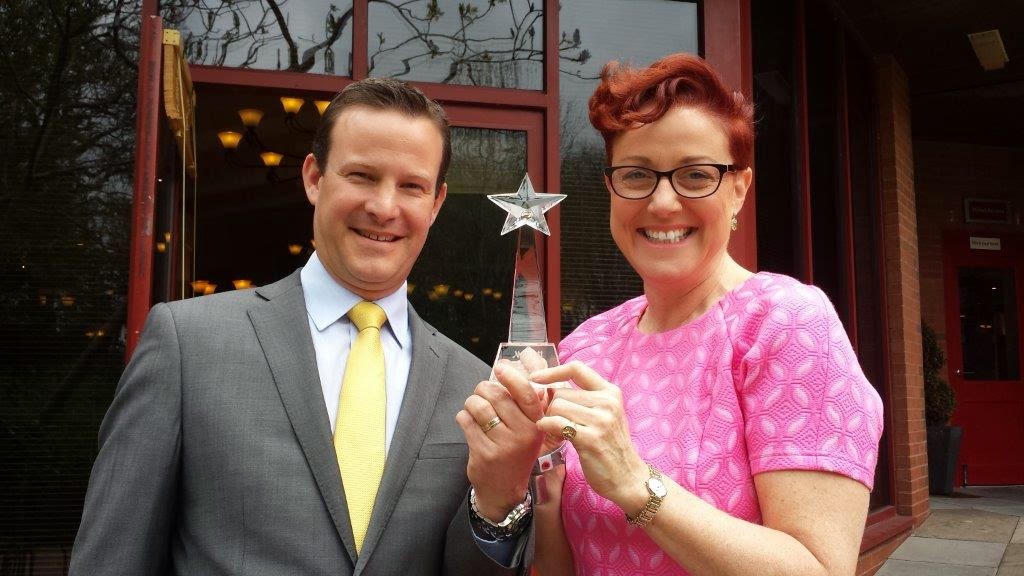 I have worked with many leading local and nationally recognised companies. Clients of redheadPR include innovative businesses in a diversity of market sectors. These include education, gardening, heating, ventilating and air conditioning, food and drink, travel, property and business services.

I have worked tirelessly over many years to develop and grow redheadPR. Far more than just a public relations expert, I provide consultancy in branding, marketing, event management, film and photography. redheadPR’s ethos is to integrate itself within every client’s business and share its enthusiasm and commitment to its goals.

I am so proud to be recognised for the work I do in and around Swindon. It is an up-and-coming town and it’s always evolving. Being based in the heart of Swindon is a real pleasure – the exciting businesses we work with here keep us really busy and on our toes.

As a communications expert with over 30 years’ experience, I have been voted Green PR of London by the Evening Standard and was a finalist in the first Cosmopolitan Women of the Year Awards in 1999. I’ve helped develop businesses, individuals and organisations through networking, publicity, online strategies and proven business development techniques.

I spent three years managing the personal PR internationally for The Body Shop’s eminent founder, the late Dame Anita Roddick. I took the company online, making the retailer one of the world’s first to establish a global internet presence.

The Make Your Mark for a Tenner campaign, which I helped develop, was commended as one of the CIPR’s best sustainable PR programmes. I’ve also been responsible for the Impact on Society section of The European Foundation of Quality Management Model and Award, which Yellow Pages won in 1999.

For more information on about me and redheadPR, visit www.redheadpr.co.uk, follow on Twitter and connect on LinkedIn.
Posted by Sara Tye and redheadPR at 15:43 No comments: