From Sweden with Love 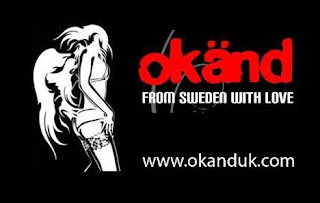 To everyone who still doesn't know - Camitz Sparkling Vodka helps launch okänd events with a bang tomorrow night, Thursday 28 January 2010. We will be holding the official launch night of up and coming okänd events this year at Zebrano, 18 Greek Street, Soho, London, W1D 4DS with a drinks reception to kick the evening off.
Camitz Sparkling Vodka drinks are set to ensure the night goes with a bang as soon as the bottles are popped at 8pm.
From its modest roots five years ago as an underground club scene, okänd has grown into one of the biggest exports from Sweden, taking Scandinavia and Europe by storm. Now, after 12 months of planning, it finally lands on the shores of the UK for its official London launch night in association with Sincura and Jack & Jones. And what a night okänd has in store for you.
The doors at Zebrano open at 8pm and, as with all okänd nights, entry will be free all night. A complimentary drinks reception from 8pm-8.30pm will be provided by premium drinks brand, Camitz Sparkling Vodka. Continuously distilled five times, the vodka is then carbonated using a specially filtered gas, documented to be the cleanest of its kind in the world. As the only 40% abv (alcohol by volume) vodka on the market that truly sparkles and pops when opened, Camitz Sparkling Vodka is genuinely unique and is sure to make this night go with a bang.
The lovely Swedish okänd girls fly in for the night to host you and give out complimentary membership packs which include VIP cards to all okänd events, the Jack & Jones festival tents (from V festival to Lovebox) and store openings and discounts across London. They will also be giving out a number of free okänd t-shirts. Entertainment will be provided by leading Hed Kandi DJ Charlie Edwards, international getanightlife DJ Simon Speller and live percussion from Ministry of Sound's BrotherSnare.
The okänd event is being held at Zebrano, 18 Greek Street, Soho. Dress to impress as we have photographers and press in for the night.
For more information about this event go to www.okanduk.com
Posted by Sara Tye and redheadPR at 19:03 No comments: