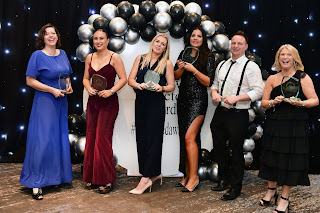 The winners of The Whitewed Directory Awards 2019 were announced at a glamourous Awards ceremony held at the DoubleTree by Hilton Swindon on Thursday 6 February 2020.
The winners are:
·         Business of the Year 2019: George Goes Out, based in Devizes
·         Start-up Business of the Year 2019: MK Hair & Makeup, based in Pewsey
·         Most Inspiring Business Person of the Year 2019: Fluffy Puffin, based in Calne
·         The Peers Award 2019: Wendy House Flowers, based in Lyneham
·         The Director's Award 2019: Holly Robinson Jewellery and Willoughby & Wolf, based in Marlborough
The judging panel, who had to make extremely hard decisions in choosing the winners, comprised of three highly respected industry professionals: Sara Tye, award winning, top 500 international PR, business and organisational development expert and serial entrepreneur, Ian Larrard, Director of Business West in Swindon and Wiltshire, and Emma Richards, Director of Sales of DoubleTree by Hilton Swindon.
Sara Tye commented: “A huge congratulations to all the 2019 winners. The standard of entries increases year on year and this year was no exception. I’m always delighted to help celebrate great entrepreneurship!”
“I am so thrilled for our four Whitewed Award winners, they beat off stiff competition as the standard of entries was so very high. To win is a great accolade. Congratulations too, to those companies who made the shortlist. This was a great achievement due to the extremely high standard of all entries,” said Natalie Lovett, Director of The Whitewed Directory.
Shirley Ludford, broadcaster and station manager of Swindon 105.5, the community radio station, was the keynote speaker.
Over the last five years, The Whitewed Directory members base has grown, and so have the relationships within it. Many members recommend each other and are often delighted to find out they will be working with each other, as they know they’ll be working alongside a professional and quality peer.
"All of the entrants demonstrated real business acumen, a knowledge within their specific sector and crucially, a determination to succeed. The judges were so impressed with the high-quality entries, it was really tough for them to choose the winners,” said Lovett.
“All of us would like to say a big thank you to everyone who entered and offer our congratulations to the winners.”

Posted by Sara Tye and redheadPR at 01:25 No comments: 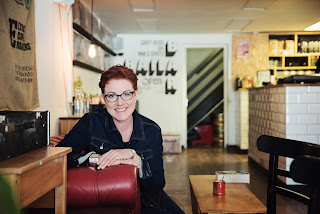 Less than 50% of key business decision makers have commissioned research to help develop their business. This comes from the latest research commissioned by Independent South West based PR consultancy redheadPR and conducted by YOLO Communications.

It was also found that only 41% of senior decision makers had commissioned research with their customers to help drive sales within their organisation.
“Data and information are the foundation of decision making. Without it, it’s harder for your stakeholders or customers to believe in you. For me and my business, it’s vital to have this data to be able to grow successfully.” said founder and managing director, Sara Tye, the award-winning business and organisational development expert, and a top 500 international PR and serial entrepreneur.
The Daily Mail recently reported that small firms are losing sales to rivals due to fake news.

“The Federation for Small Businesses (FSB) stated within the Daily Mail report that small firms are reliant on online platforms to succeed. Something we can all relate to. With fake news rife in today’s news and social feeds, it can be hard to determine what to believe. Without the credible data to back it up, these articles can quickly have a damaging effect on any business.” continued Sara.

Other results found that senior decision makers commissioned research:
·         With their customers to help develop their business – 38%
·         With their target audience to produce competitive analysis - 28%
·         With their employees for internal feedback on their organisation - 28%
·         With a general audience to create content for PR, marketing and social media - 21%
It was also found that 15% of decision makers had never commissioned market research for their organisation.
“We also learned that only 33% of decision makers had commissioned any research to help them understand their key market. This means that much of their current understanding comes from opinion or anecdotal research, which could result in false and untrue information, leading them down the wrong path.” continued Sara.
Founded by Sara in 2003, redheadPR is a dynamic and independent public relations market leader and social media agency based in Swindon, Wiltshire that celebrated 15 years in business last year. 2018 saw the PR agency voted one of the top three marketing agencies in Swindon. The company manages the profiles of blue-chip corporations, products and well-known individuals, blending established and ground-breaking digital techniques for effective, compelling and brilliantly bespoke campaigns for clients.
To find out more about commissioning research, contact redheadPR: pr@redheadpr.co.uk.

Posted by Sara Tye and redheadPR at 02:14 No comments:

The PR gaff that stands out in my mind, which took years to rectify, was the lack of comment and action from HRH The Queen post the death of the late Princess Diana. Probably one of the most high-profile news items and deaths ever – it was handled poorly by the Royals and by Buckingham Palace.
There is a saying that ‘A gap left with no communications can be filled with misinterpretation, fear and dread’. We’ve all felt that at some stage in our lives and the country felt this when the Queen left it days to comment and return to London, and mourn the death of Princess Diana with the people.
The Queen made a decision to stay with the young boys in Scotland and unfortunately it was misinterpreted by the British people. This was the start of a profile/perception issue for The Queen.
It took years to turn it around. It took films, documentaries, softening up, Princes William, social media to make sure our Queen is much more accessible. An accessibility that Princess Diana started.
Could this have been mitigated. Of course.
Better decision making and discussion at Buckingham Palace on immediate and short-term PR actions, plans and outcomes would have helped. Maybe the Royal household went into melt down at such an awful accident. It was huge! But it looked like it took too long.
What would have been the outcome of The Queen saying something quickly. Nothing but positive reaction. Sometimes emotions and feelings stop us doing things. But this was, in the end a ‘Royal Business/Organisation’ decision not just a personal one.
There was probably little communication of the current reaction in London and at the gates of Kensington Palace until they saw this themselves on the news. Had someone been there and relayed the information correctly, then maybe a different decision would have been made. London activity becomes national/international activity.
Also, the softening of The Queen could have started earlier. The approach taken now by the Royals in terms of perception is just fantastic and maybe it took a crisis to turn it around. Or maybe it took the Duke of Cambridge and the effect on him and the way he carries himself.
The Queen was and is a professional and global ‘PR Maven’ and had an impeccable record before this incident and does now. It demonstrates how one decision can cancel out years of work.
Whenever a calamity hits and PR is at the forefront of the action, acting and making decisions are crucial. Sometimes they can be the wrong choices. But if you have great credibility in the first place, then turning this around into positive action and perception is not difficult. But saying and doing nothing is worse. 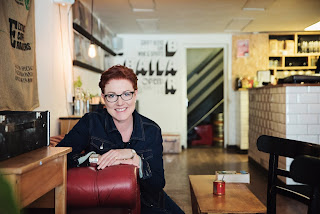 Posted by Sara Tye and redheadPR at 02:39 No comments: