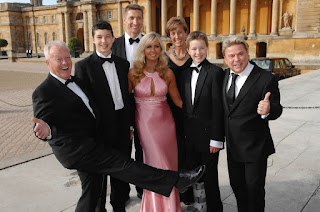 Make-A-Wish Foundation® hosted its 12th annual Summer Ball at the spectacular , Oxfordshire, on Saturday 12 June 2010, fundraising to grant magical wishes to children fighting life-threatening illnesses. A didn't we all have such a great time. 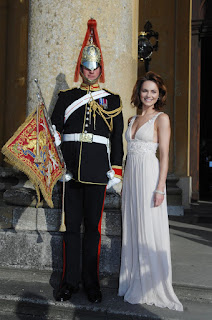 Eleven year old wish child Oliver Uglow from , who was granted his wish by the charity to go to Disney World while battling Acute Myeloid Leukaemia last year, also attended with his family.

Guests were treated to a champagne reception in the Great Hall with its hand-painted murals and intricate tapestries before dinner was served in a special marquee in the palace grounds. Each year a celebrity supporter hosts the ball – warming up the crowd and recounting tales from just some of the wishes the charity grants annually to hundreds of deserving children. This year it was television presenter and Patron of Make-A-Wish, Keith "Cheggers" Chegwin. 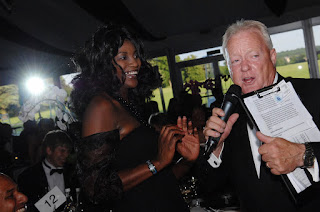 Singer Dionne Bloomfield (god-daughter of Amy Winehouse) opened the evening and was followed later in the evening by the sensational Siren Strings Quartet.

After dinner an auction was held, in which bidders could bid for meets with celebrities, signed memorabilia and holidays of a lifetime. During the bidding, the dragons from BBC’s Dragon’s Den, Duncan Bannatyne, James Cann, Peter Jones and Deborah Meaden beamed in via video link to tell guests to dig deep in their pockets.

Guests then danced the night away with a special performance by the legendary Bill Wyman and his Rhythm Kings.

There are currently 20,000 children living in the with a life-threatening illness and Make-A-Wish believes that every one of these children deserves to experience the magic of a wish. Make-A-Wish expects to grant over 700 wishes this year, rising to 1,000 a year by 2012. To grant all these the charity needs to raise at least £5 million in 2010.

Posted by Sara Tye and redheadPR at 09:17